Node powers the open-source Incognito network, the only network that enables confidential transactions of any cryptocurrency. It’s a simple plug and play device that costs just 6 cents a day to run. It’s the easiest way to earn PRV, BTC, ETH, USDT, and more.

There is a growing community of 1,175 Nodes already powering the Incognito network. Incognito is designed to be owned by thousands of individuals, not 3 huge mining pools. You can own a piece of the current and future income of the network. Every Node counts. 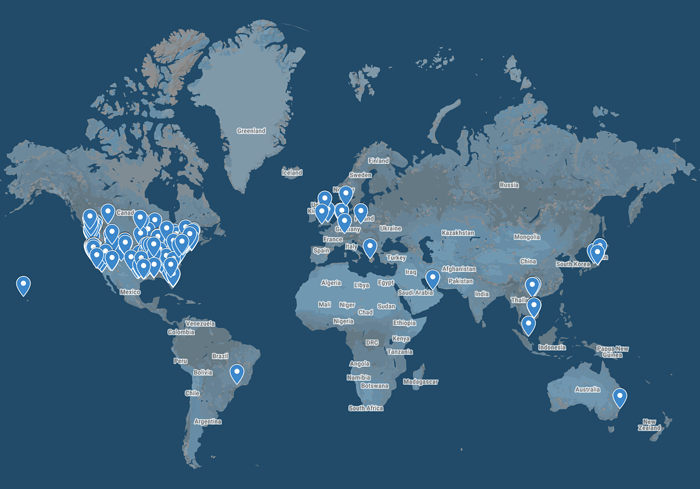 Incognito ranks at the top of all crypto projects for staking rewards, with an annual reward of over 50%. PRV is Incognito’s native cryptocurrency, up 400% in price to date.

Nodes also earn transaction fees in BTC, ETH, USDT and more – any currency transacted on the Incognito network. These earnings will increase alongside demand for privacy. So if privacy wins, you win. 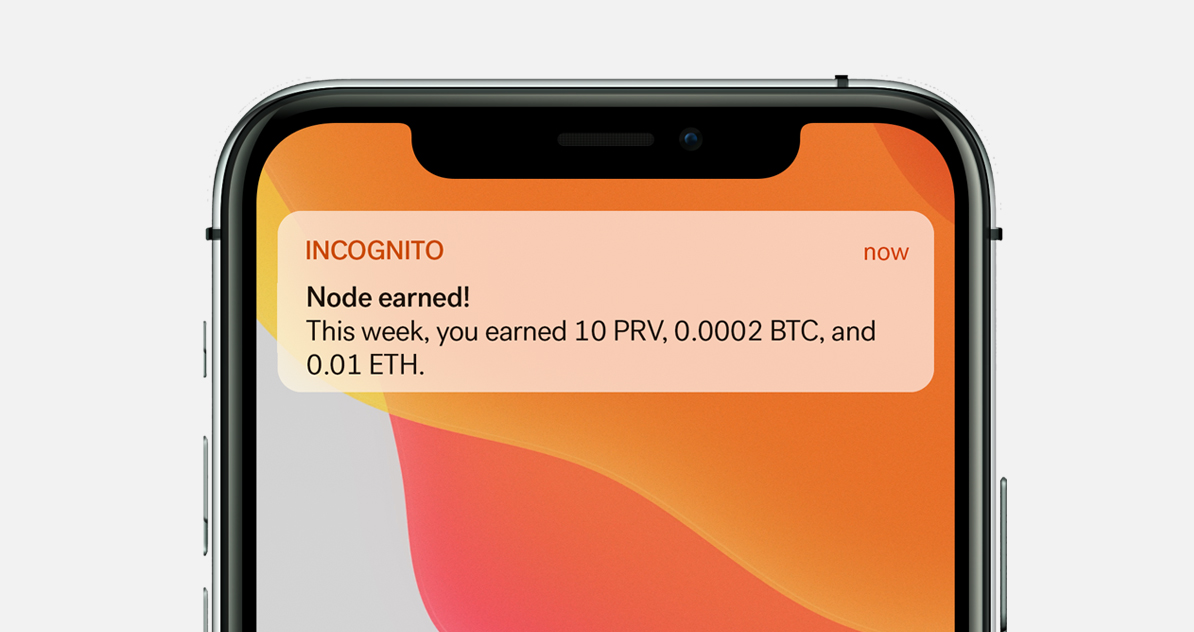 You can run one or more Nodes on a cloud instance such as AWS and Google Cloud. Validate privacy transactions and build new blocks. Get paid in PRV and transacted currencies – such as BTC, ETH, and USDT. Learn how to host Node Virtual >

just setting up a node on my son’s desk and he’s loving it. we’ve been talking about bitcoin, ethereum, and prv of course

– and how they’re different from fiat money like the dollar bill. this is a great friendly way to start teaching kids about cryptocurrencies.

i think cryptocurrencies vs. fiat money will be just like smartphones vs. dial/rotary phones

to kids today. when they grow up, they won’t know how to use fiat money just like they can’t operate a dial/rotary phone 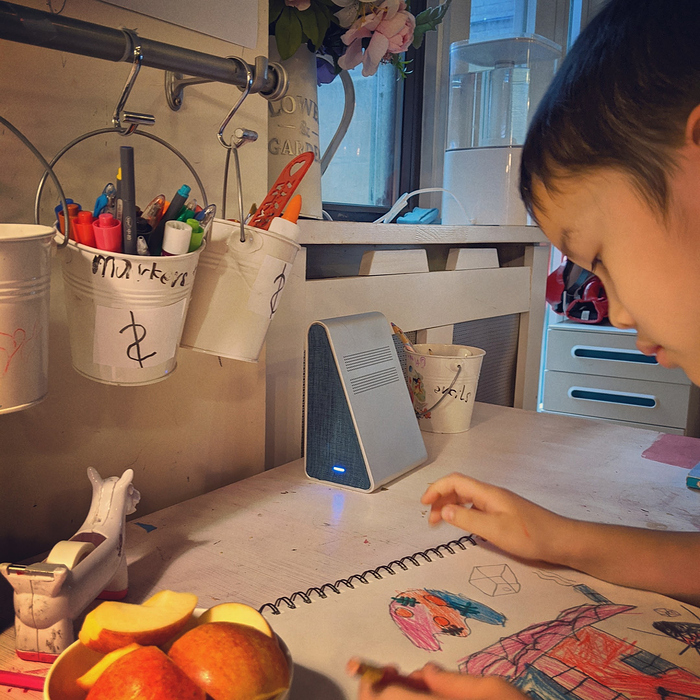 Hey, my Node just arrives. Set up guide is easy and straightforward, though I’m still waiting to be staked. Thank you @peter you have been a great help.

Peter told me that I can choose to stake 1750 PRV myself as well, but I go for funded staking first. What did you guys opt for? 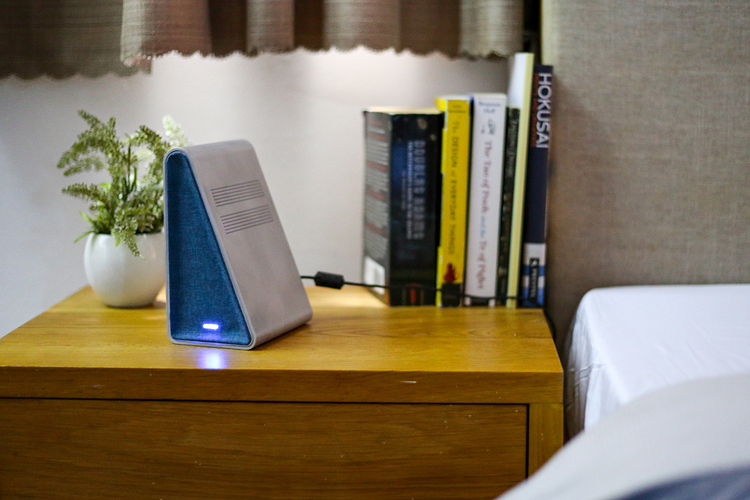 Peter told me that I can choose to stake 1750 PRV myself as well, but I go for funded staking first. What did you guys opt for?

Hi, Incognito network implements Proof-of-Stake. You run a node and stake the required 1750 PRV. It is held as collateral in the network until you withdraw it and stop running the node.
As Physical Node is a plug-and-play device, it adopts the Funded Staking mechanism by default. You don’t have to worry about 1750 PRV like Virtual Node operator.
Additionally, you can choose to buy 1750 PRV and stake on your own (Regular Staking).
See also: pNode Staking Mechanism

I’ve got this Node for like 3 months now. Although the setup process was not easy at first, the team managed to fix & improve a lot over time.
It earns some crypto once in a while, I can convert PRV to USDT or BTC as I want.
It’s a recommended buy for anyone interested in crypto & privacy. If you go for something like a quick-return investment, then this is probably not for you. I happened to join their unboxing contest & here’s the link to the video for anyone curious about what’s inside the box. 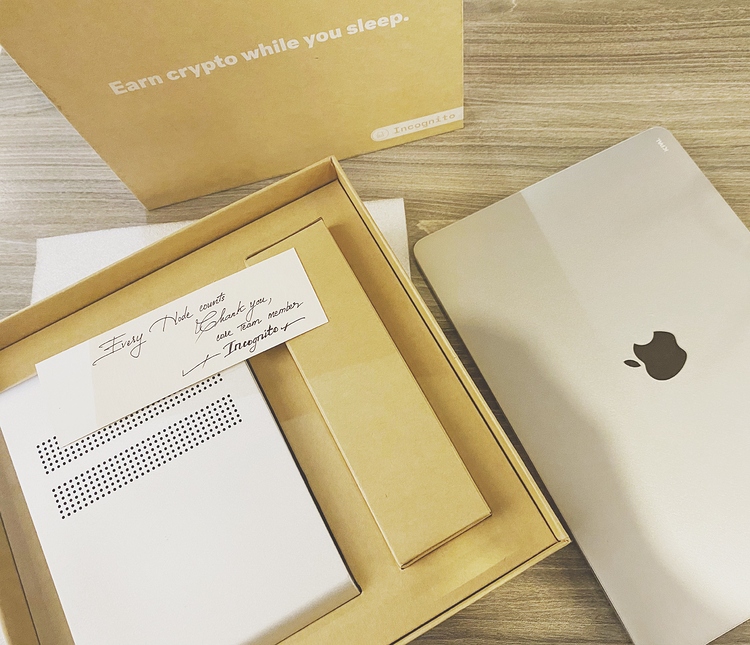 Here is the unboxing video and set up guide that I think might be helpful for you.

Just so you know the setup flow is different now, we will be updating new video soon.

While translating to Turkish, I noticed “deserve” word in “you help secure privacy for all those who deserve it”. Did you mean “demand” or did you use “deserve” intentionally? @annie

I made a video about my Incognito Node! I know it’s very basic and “amateur flavored”, but I wanted to share this with everyone anyway. Please let me know if you guys have any tips or advice!

My node arrived 3 months ago. It was easy to set up, all I needed to do was plug it in, add it in the app, and put it on my desk. Node has already helped me earn PRV and some others like BTC, ETH, etc. it’s my passive income source

I love it. Thank you, Incognito!

Awww! We’re so happy to see this. Glad that you enjoy your Node mate ;).

Finally got my node up and running.
The post about the 15PRV is locked. Posting here instead.

The new Incognito Node is up and running. Doing my part to secure the crypto network. @IncognitoChain #goincognito https://t.co/uAbiKwBbDC

Here is to a safe and secure crypto future.

Congratz on running a node and thanks for promoting it.