There’s an analytical statement that nearly 45 million U.S. households will transfer a total of $68.4 trillion in wealth to heirs and charity over the course of the next 25 years.

And this is not only in the USA, it’s a common trend for all the World which means the amount of households migrating to millennials is much more higher than you can calculate.

Meanwhile there’s an another strong movement process based on stats research that shows millennials are more likely to invest in digital currencies as Bitcoin than other paper assets. For instance Michael Sonnenshein (MD at Grayscale) predicts those funds will flow into digital assets and cryptocurrency as it’s the best embodiment of private and secure storing for wealth. 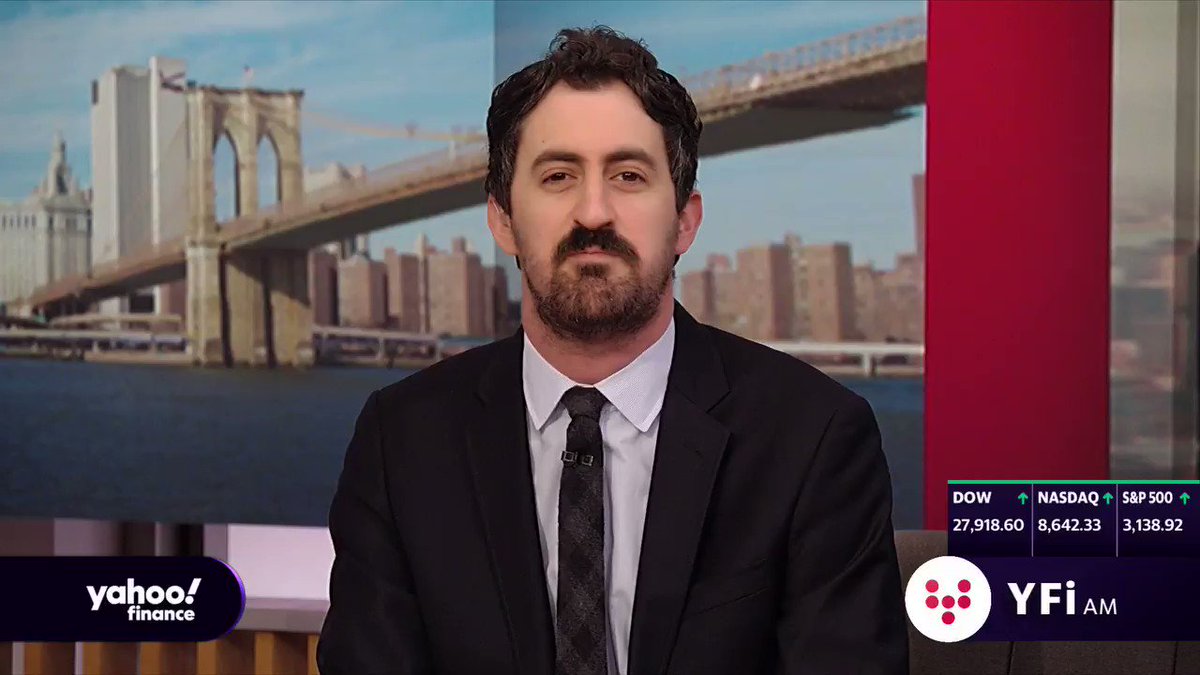 Highlight: “About 21 million investors in the U.S. would have an interest in investing in bitcoin, @GrayscaleInvest Managing Director @Sonnenshein says. In fact, 43% of those interested investors are female…" https://t.co/1S0SwcI4IN

Those people will search for the best solutions on how to protect their funds and their identities from so many risks.

While most of you think that storing crypto currencies makes you protected and anonymous from others only because you have a hardware wallet or keep your seed phrase written on a paper I want to disrupt such your expectation and give you a solution on how to distinguish privacy illusion from the real and secure ready to use private mode for your digital wealth. I know you look for safety for your assets and that’s why privacy is highlighted among the challenging matters of concern for current blockchain technology users. According to Deloitte’s 2019 Global Blockchain Survey [1] half of respondents for Blockchain-related regulatory issues of concern cited privacy related regulations as a matter of concern - markedly more than any other choice.
They answered the question: “What blockchain-related regulatory issues are of concern to your organization or project?” 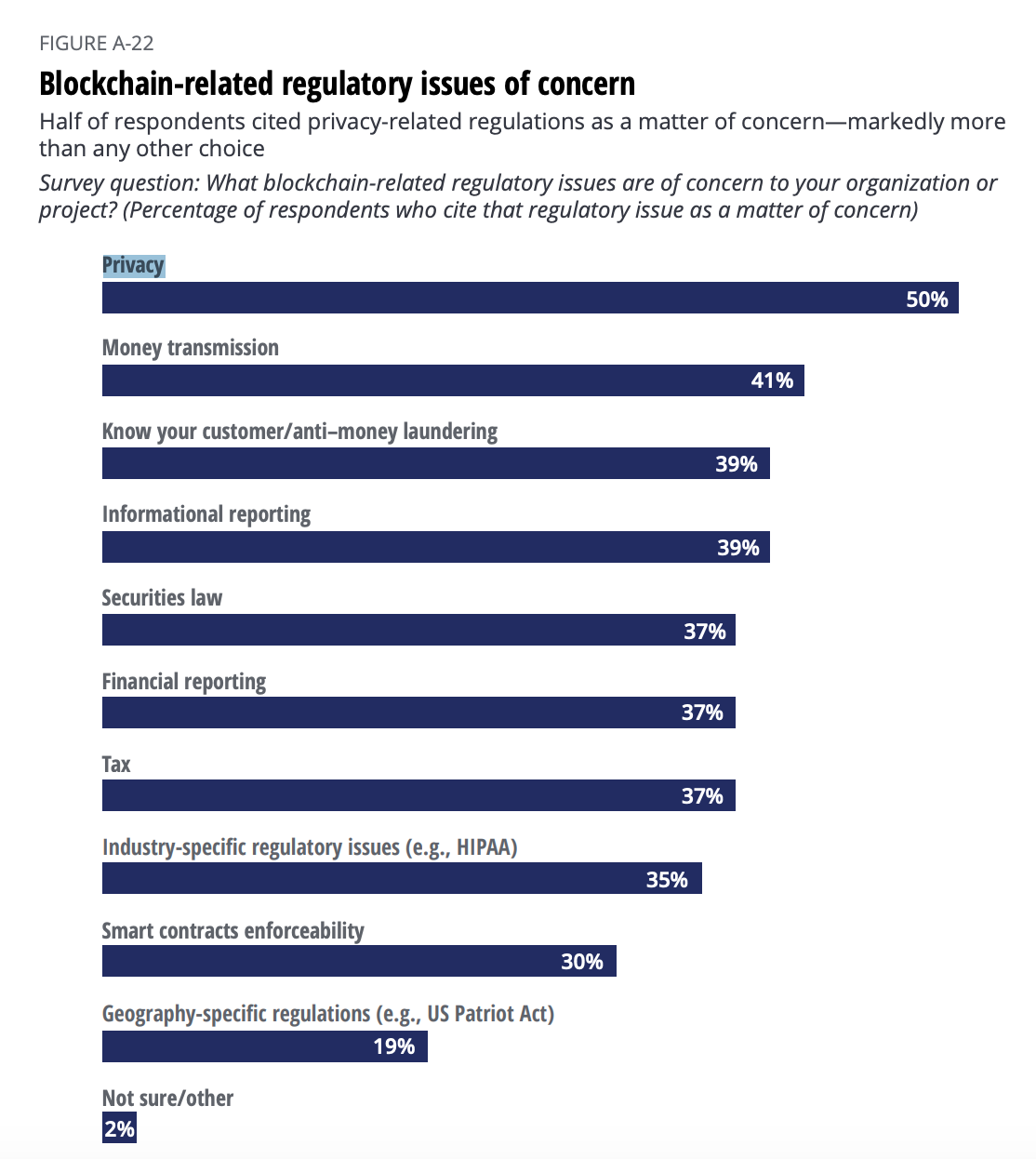 Other hand we have a great pressure from regulators on digital asset holders which makes people looking for an alternative for money. Definitely, one of the alternatives is Bitcoin.
Have you heard about that unlucky Brazilian guy who carried gold and was arrested in Amsterdam? Would he get in that trouble if he had bitcoins instead of spicious metal bars in his bag? No doubt the answer is - No, he wouldn’t! But would he be a 100% private crypto holder if he held the BTC we all use daily?

Who are you when you hold crypto on your software or hardware wallet, just a “No name” or “100% Private User”?

The answer to this question is given in article from ACM Computing Surveys, Security and Privacy on Blockchain [2]

Data privacy of blockchain refers to the property that blockchain can provide confidentiality for all data or certain sensitive data stored on it. Although the blockchain was originally devised as a distributed global ledger for the digital currency system Bitcoin, its potential scope of applications is much broader than virtual currencies. For example, blockchain can be leveraged for managing smart contract, copyrighted works, digitization of commercial or organizational registries. Not surprisingly, a desirable security property common in all the blockchain applications is the confidentiality of transaction information, such as transaction content (e.g., transaction amounts in Bitcoin), and addresses. Unfortunately, this security property is not supported in Bitcoin systems. In Bitcoin, the transaction content and addresses are publicly viewable, even though the pseudonym is used as the address of sender and receiver of a transaction instead of the real identity. We conjecture that the capability of keeping transaction content private will help to reduce the risk of linkage of pseudonym to the real user identity. This is critical for promoting the need-to-know based sharing instead of publicly viewable of the entire blockchain. Moreover, blockchain systems, which use smart contracts to implement complex transactions, such as Ethereum, require the data of each contract and the code it runs on the data to be public and every miner to emulate executing each contract. This will lead to the leakage of user information. For example, a user sets up a smart contract to transfer a certain amount of ETH to another user at a certain time. If an adversary has background information about one of the two parties, this adversary may expose and link this party to her real identity. Therefore, it is critical to design and implement stronger protection mechanisms for privacy-preserving smart contracts. In summary, the data privacy research in the past decades has shown the risks of privacy leakage due to various inference attacks, which link sensitive transaction data and/or pseudonym to the true identity of the real users, even though only pseudonym is being used. Such privacy leakage can lead to breaching the confidentiality of transaction information. Thus, confidentiality and privacy pose a major challenge for blockchain and its applications that involve sensitive transactions and private data.

As you see, the answer is clear and obvious. Keeping any originally cryptocurrency in most cases makes you just a “No Name” person who can be disclosed accidentally and even unintentionally and you can’t affect that by any means.

Are you sad, reading that? Don’t go into panic! Because technology isn’t stuck and privacy is a highly demanded feature for all the crypto currencies the solution does really exist. This is the Incognito mode which gives you the option for holding lots of crypto privately on your device and noone in this world will be able to track you funds.

No doubt keeping Bitcoin has advantages only. Furthermore more people realize that they will require privacy.

Community, share your thoughts and ideas why privacy mode is important and how it benefits all us.